My life is exquisitely difficult to talk about.  It’s woven with extreme themes – sexual abuse, mind control, aliens, mysticism – and with accomplishments that make me shy, and failures that embarrass me, and critical facts that embarrass other people.

And none of the themes, for simplification, can be hidden or glossed over, because each intertwines and sometimes explains the others.

I can’t begin at the beginning, because it is either boring, or if I tell certain details, it sounds too woo-woo.

Since I almost always get interrupted fairly early with the question, “Why you?” I think I’ll begin there.

It could be any number of things, but is probably all of them together.  Plus the fact that I won “the lottery.”

(Remember that classic, creepy short story, “The Lottery”?  We read it once in grade school and again in high school, about a community that killed one person every year by stoning, a person drawn by lottery.)

My lottery ticket to this crazy life may have been as simple as my birth date.  I was born on a Full Moon, on a Monday (Moon Day), in the middle of Cancer, also known as Moon Child.

And it wasn’t just a Full Moon, somewhere inside that 24-hour window; no, I was born 8 minutes before the Full Moon, 8/(24×60) = 5/1,000ths of a degree of perfection.  Moon energy was strong.  (Astronomical charts, not astrological, show the coincidence.)

My last name, at birth and now, is Eisenhower.  My father was second cousin to Dwight, who was nominated to the Republic ticket for President of the United States later

on the day of my birth.  The next day, the local paper would give my birth a short column to remark on the coincidence.

Maybe all these coincidences explain my winning/losing lottery ticket.  Or maybe mind control was already in the family. 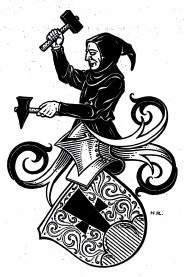 I seem to have won/lost the lottery and was treated to MK.  Then, having developed a bad attitude toward our culture due to MK, I joined the counter-culture and offended my handlers – again and again, beginning with rejecting the invitation of another secret society, calling them “plastic,” accepting their invitation to “try them,” taking the vows, and then de-activating and breaking my vows.  I assume my actions resulted in another layer of MK, as they warned us that breaking our vows would have severe consequences (which I didn’t believe, as it was contrary to “American values”).

In my 20s, I became an activist for peace, and later for social justice, and environmental sustainability.  Along the way, I insulted the FBI with media releases exposing their most incriminating statements which I sent to 600 major media around the world, nearly every day of the 6-week “Judi Bari v FBI” federal trial – and the FBI was found guilty.

They stared me down in the hallways of the courthouse, damn scary dudes.  They might have amped up my treatment then and following  the trial, when I lived alone in the desert – things got extremely frightening after the trial, to the point I was ready to give up this life.

Perhaps they amped up my MK again when I published my book.  And maybe they amped it up again each time I published a particularly hard-hitting blog or video.  There seem to be correlations.

So now that I’ve given you an overview of my story, maybe answered the Why?, and I’ve gotten my paranoia out of the way – or demonstrated and acknowledged it at least – let me tell you my story….

In my next memoir, I’ll summarize my life through 2007 briefly, as it’s detailed in RattleSnake Fire: a memoir of extra-dimensional experience, and spend most of the book recounting the most recent eight years.

To help me wrap my brain around it all – my fractured, fragmented mind full of experiences is often difficult to remember as a whole – I created a database to record all my anomalous experiences, from sublime to terrifying, everything out of the normal.  My list is nearly 700 items long, and the last half of them have occurred in the last 5 years.  Things are accelerating.

Feedback?  How’s this to open an update to my story?

2 thoughts on “Opening a new book to follow RattleSnake Fire”