Below are my videos:

In this video, I outline a few of the “political connections” to mind control in my life (Dwight Eisenhower, the CIA’s mind control front Human Ecology Project, Stuart Udall, and Dan Quayle), then describe the spiritual forces in my life, with which I’ve danced for decades and now have, again, more consciously aligned for the purpose of serving others.

[I accidentally said, at ~9 minutes, “they were ignoring him” when I meant “he was ignoring them.”]

3-minute Introduction to my book – which went viral its first few weeks (and afterward the count began to run forward and back, obscuring its real numbers):

My Newest Series, “Multiple Personality, Mind Control, and Me” (with different alters or different aspect of me very evident):

This last video is not part of the series, but a video I made moments after recovering from an abreaction to a traumatic memory.  I had dropped to the floor near a videocamera tripod I’d just set up to record a singing practice, so when I rose from the floor and wanted to explain what had happened to my partner – and remembered how often I have a hard time later recalling what I’ve said – I impulsively turned on the camera and recorded it all.  Unedited.  16 mins.

Older videos (most 3-7 minutes each):

“Walking though the Shadows,” 10 minutes of an hour-long interview:  https://www.youtube.com/watch?v=Cqm9u5NSNv8

Other Videos Related to my book and mind control

35 videos in one place:  If you want to sit back with popcorn and educate yourself on a subject with a variety of different starting places and assumptions, you might try this collection, which can play one-after-the-other while you relax, or just choose from the collection:

My favorites among them (and the rest of the list below):

“Human Resources: Social Engineering in the 20th Century” on the history of social mind control, beginning with Freud and focusing on Edward Bernays, the creator of public relations – explains American politics and much more in a professional, well-documented, compelling style:  http://metanoia-films.org/human-resources/ 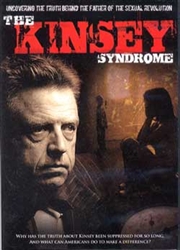 Fascinating video about the lies and crimes perpetrated by Alfred Kinsey and his colleagues at the Kinsey Institute.  It documents how they skewed their data by using information from sex criminals and reported it as a cross-section of the country.  I didn’t know they used  children, and published charts that indicate some children were sexually manipulated for as long as 24 hours at a stretch, and their cries and fainting and various types of resistance were interpreted – in Kinsey’s published book – as sexual response and enjoyment.  I also never knew that Kinsey’s death was related to a bizarre masochistic action on his own body.  In a video made after this, someone asks “Where are those children?”  I wonder if they were channeled into MK programs when they went dissociative.  https://www.youtube.com/watch?v=-foPnSxJjds&list=PLsxavmAP26OXo_A36_KsRnsv2z5upMy8I 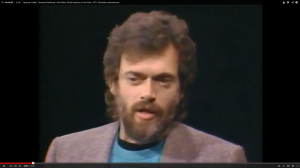 Terence McKenna: Culture is not your friend

Terence McKenna – The Alien Within

Chapel Perilous – Along the Way to the Mystery (Terrence McKenna)

Multiple Personality Disorder Documentary – I cried, this was so familiar

Travis Walton, talking in 2012 about his life-changing experience.  I so relate – though my experiences are quite different.  While I’d like to believe that the alien story is a screen memory for government mind control, I’m just not sure I can fully buy it.  A mystery.
https://www.youtube.com/watch?v=b5-gcVF9cng

Walking Through the Shadows

The Day Before Disclosure Official Trailer

DeathCHIP 2010 “Rise of the NanoBOTs”