What does it mean to be Aspie? Someone with Asperger’s Syndrome.

I’m an Aspie. And I’m so much a happier person now that I know why I’m different, and that my difference is something I can enjoy for all it’s good aspects and not worry about the so-called negative aspects. It’s like – Why should the Mesquite be anxious that she’s not as tall as the Sequoia? She has her own work to do, sending down roots 100’ into the ground and sharing it with her habitat mates.

How do we become Aspie? Pick your choice: 1) heredity, 2) lack of childhood nurturing, 3) alien injection of Spock-like DNA into our genetic pool to make us more rational, less emotional (read violent), all the above, none of the above and in fact it’s because [fill in the blank].

My Aspie-ness came as a result of childhood trauma, a side-effect of having been made a mind control subject, MKULTRA-like, some collaboration with the Mormon Church and our government. I was made a multiple, which is the foundation upon which mind control is implanted, and I created a few of my own alters, something common in the research, which allowed me to tolerate some intolerable situation in the moment and left me with more parts inside me that had to be organized into the fold, to learn to cooperate and act “normal.” Pretty much, I succeeded.

It seems that no matter what I need to do, I have a part inside who the whole of me agrees is the best to execute it, and somehow I win awards in almost everything I’ve tried, excepting a few memorable failures. I’ve won awards or other national recognitions in: art, writing, journalism, real estate, fundraising, and videography. in a sense I’m what they call a “high-functioning multiple personality” – but not all the time. There’s all those alters created by our government – to do what, I don’t know.

I’ll pause here to let you consider that.

I don’t want to tell you what I think that could mean.

I just want you to know that, despite everything done to me, I’m a person of integrity. But I really don’t know about the parts created in those experiments – for which I’m almost totally amnesic.

I used to be extremely distressed about this, to the point that I thought of suicide daily for a year and a half. Over the years, my philosopher part has developed many reasons to stay here on Earth, despite all.  I believe I was born into this exact situation for a purpose, and even if I don’t understand it now, I should stay and try to understand. If I want to refuse that command, I’m threatened with the New Age folklore that I’ll have to come back and live this life again, which I don’t want to do, and so I reason, I made it this far; it’s won’t be much longer, and besides I’ve already had a few heart attacks. I don’t think I’ll live that long.

As long as I’m here (or anywhere), I want to be of service. I figure the best revenge against the experimenters who messed with me is to live a good life anyway. So, here I am in Sunsites, Arizona, retired, volunteering here and there, and taking care of my affairs so that when I die my kids don’t have too much of a mess.

If I end up living long, well, then I’ll assume I have things to do, and I’ll be praying to follow heavenly direction.

As an Aspie, I can’t take on too much social interaction.  I might have the mental ability to contribute significantly to any number of problems, but I don’t have the foundation for too much social interaction.  I think for most of my life, I’ve tried to push past my limits, trying to become more “normal,” and suffered a great deal of unnecessary stress. It might have been better for me to have continued spending a majority of my time alone. I would have been happier, and I might have contributed more to the world. But the world wanted me “normal” instead.

I’m enjoying my differences now. And as I sort through my possessions, I’m putting together my awards and favorite publications and accomplishments. And feeling I’ve lived a good life despite all. I sometimes wonder if my mind controllers think they might get some credit for their work. I don’t know what I think about that. Most of the time I feel like someone whose life has been highjacked – and there’s nothing I can do about it, so I might as well keep quiet and see what else I might learn or how else I might grow in regards to this. And continue to live a good life.

My Aspie nature means I have a good mind and am very good at complicated puzzles. I design businesses in my mind for fun. Have designed a half-dozen homes. I design clothes. I create. I love my life, sometimes. When my health is good and I am caught up with the basic requirements of life, I love to putter around in my home, creating art or gardening. It’s only when the weird stuff happens that I want away.

The weird stuff first increased against me late in 2011, and it has only accelerated since then (excepting this current month, a later story). Suddenly weird stuff seemed constant: I was hit by beams in my house, sometimes making my ears ring, other times vibrating me, or creating tones, sometimes putting me to sleep and sometimes waking me up; waking with “scoop marks” and Taser burns, and also waking totally disabled, unable to walk or control my bladder. I had just produced a video about being made a mind control subject, and I assumed this was my controllers punishing me, for which I was intent to ignore them. “Land of Free Speech,” I thought.

When I published a blog about this new treatment, someone called me a Targeted Individual, which I’d never heard of. I learned about it when my blog received a sudden spike in views from a site called TargetedIndividuals101. I had no idea that thousands of people around the nation were also being subjected to beams, ear-ringing, and more, and many were whistleblowers like me, though not all.

Over the years, I’ve wondered whether the mind controllers were doing their own punishment or if they contracted that out to another organization, Recently I learned from a former FBI agent who has gone on public record that the things done to Targeted Individuals comprise a project in the files of the FBI and NSA.

It was a shock to realize somebody put me on the Targeted list, as it goes so against my lifelong assumptions about living in the Land of the Free, but I’ve come to accept it; the hardest part now is accepting that so many other people still might blindly accept that I’m a bad person because someone said so – because someone else told them so, and really it’s because I told the truth about something that should be stopped, and that caused someone to lose money.

But I still want to live a good life, contributing to my community, but also getting the time alone I need (letting all my parts consolidate the meaning of each day, helping inner children understand, refining cooperation between my parts, etc), enjoying nature, getting exercise, and hopefully helping my parts heal. And continuing to pray for the dismantling of any alters that might have programming to do bad things – that’s what the research suggests is going on: creating spies, soldiers, assassins, and sex workers. And, to tell the truth, I’ve had some strange experiences that incline me to believe they’re proof I’ve been trained in a few of those skills (another story).

But I still want to have a good life. And goodness implies integrity. So, as much as I’d love to keep all this craziness a secret, I’ve decided I owe it to my community the fact that I’m a mind controlled subject, and I might have alters who do things at night when I’m unconscious, and hopefully not during the day, but I don’t know. And by telling you now, I feel I’ve only begun to exercise my duty to disclose what I know.

What I know about our government’s interest in mind control should also be of great value to everyone. I’ve written a well-regarded book about my experiences, recorded videos and audios, collected documentation, and I’m open to answering questions. I hope people will want to avail themselves of my resources while I’m still here. 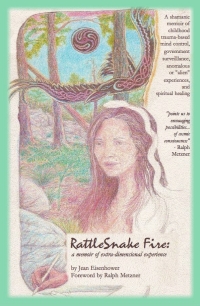