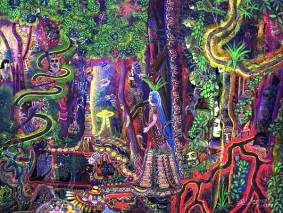 1.  We live in a highly-populated cosmos, and our human drama on Earth is a tiny part.

2.  The beings who populate our cosmos include extra-terrestrial and/or extra-dimensional beings of every conceivable and inconceivable type and intention, with agendas that may help us, observe us, exploit us, or avoid us; they may be far more intelligent than us, or less, more moral, or less moral, dangerous, or “God/s” to us – and they have been described throughout time by every culture and religion around the world, including the United States of America.  Every religion and history of the world contains a part of our human story.

3.  Some of the religions and histories are for some of us, because they involve the beings involved with us in one way or another, either because they created us, or have taken responsibility for us, or they’re exploiting…