Impressed by the incredible actor Laura Prepon, of Orange is the New Black, I looked her up on Wikipedia and read:

In 2005, Prepon starred in the film Karla, the true story of Paul Bernardo and his wife Karla Homolka, a couple who kidnapped, sexually abused and murdered three young girls – marking a contrast to her usual lighthearted roles.[7]

Not my type of movie.

I’ve been in such deep darkness lately, that it seemed bizarre to watch this movie now, but, if I might state the obvious, I thought the description of the psychopathic couple could have a lot in common with the mind control network that controls me.  It seemed it might be therapeutic.  And, numb from all my own darkness, I could take it today.

And because I feel like I’ve hit rock bottom this past week, in which I’ve remembered and dwelt on a whole lot of stuff and the larger pattern, I thought the content of this movie wouldn’t be as shocking, and I’d be able to watch it with some dispassion.  I thought I’d somehow benefit, and maybe even something revealing and healing could be triggered.

Here are my notes made during the movie:

– Many of my partners have signs of having been mind controlled too and of controlling me in a wide variety of ways.

– “She doesn’t even have to know.”  Drugs and electroshock.

– I realize I’ve also been set up for sexual videos many times.  Some of these I was too afraid to write about, even in my own journal, even many years after the fact.  I remember wanting to write about an event a couple of times, but when I tried, my hand froze, so I said “Okay,” and never wrote about them anywhere.  I

– The “knock-out drug.”  Maybe that’s why I’m so hyper-sensitive to all sedatives.

– And if I wake up too soon, they just zap me afterward.  Which explains my random heart problems, Taser burns, etc.

I relate to this totally, feeling painfully the work it has been in past decades to break free of even parts of it to create new patterns in more of my psyche.  (Though I know I’m still being controlled – or have been recently – by someone commanding buried alters I’ve not yet been able to heal).

– Karla was a psychopath, who felt no remorse for others’ pain.  I’m glad to know I hurt for others all over the planet, and still feel bad about a time when I was a Senior in high school (and never again, it felt so bad) “trying on” the behavior of a bossy former leader whose place I was taking, and I hurt a girl’s feelings, I thought – and I apologized to her a couple/few decades later!  (She didn’t remember the event.)

I don’t believe I have any psychopathology, but I’m pretty sure I have a trained killer alter, whom I’ve only experienced once in my life, and that was when someone tried to break into my partner’s and my apartment, and I was ready to kill the man — quickly and efficiently.

After a moment of confusion, being awakened in the night, I snapped into a totally-unrecognized, but efficient and graceful series of behaviors, bouncing on my toes with a butcher knife in my hand, having commanded my partner to call 911.  In my head was a recitation of the route my knife would take under his ribcage and up, the weight of the knife now becoming familiar as I bounced it in my fingers, the thought-feeling of the knife cutting its way through layers of skin, fat, and muscle – all running through my head with an absolute certainty that this would go perfectly.  But the door held, and the police arrived and took him away.

They only took my report after arguing with me for quite a while about the non-necessity of arresting “a young man on a Saturday night with a little too much alcohol or drugs,” then the report didn’t exist the next morning, and no record of it was in any log, or so they told me.  They were either protecting the drugged-up son of some powerful person, or they were testing my training.  I wonder.  But I do feel that I did have the complete knowledge in one hologram of my being for what I planned to do.

(When I wrote my book, RattleSnake Fire, I didn’t think this had anything to do with the rest of my book, or I would have included the story at the start of Chapter 16.)

So, I guess they programmed some part of me to kill, and when my life felt threatened, I was ready – and more than willing – to kill someone who “clearly,” I thought then, deserved it.  No second thoughts, just total focus: bouncing on the toes, watching, hefting the knife, feeling the path, ready….  Good thing the police saved him.

Their videos of their murders ….  chilling.

I think there are probably many videos of me; I’ve had lots of events over the years where the possibility something was a set-up for this was definitely in my mind, and my gut felt horrible about its real possibility, but my mind kept telling me, “No, just go along, don’t be paranoid….”

I feel so weak now, I can hardly lift my hands… but now refocused….  I think I should not be weak.  I should face this stuff.

I want to cry.

I remember, “A seed must break apart before it can bear fruit.”

– Need to post the art showing demons on unconscious women, a small collection I’ve come across.

This institutional rape of women is not unique to our culture, but ancient.

And I realize how powerfully I’ve been programmed to not be able
to distinguish psychotic lies from the truth
– in my younger years; I’m better now.
No wonder I’ve had such a series of “handlers,” rarely lovers.
(Mind control subjects need their handlers.)

– Her fear of being hated and abandoned was extreme to the point of numb terror,
very child-like and unthinking.

I’ve never been as bad as Karla, but I’ve had severe tendencies, and still do, I think.

– Karla mistakes her neediness for “love” because she was programmed that way.  I was too, though now, thankfully, I recognize the difference.  But that’s only one part of the control in their big bag of tricks.

– She’s seriously obsessed, more than I’ve ever been,
but I can see so clearly the patterns of how seriously we’ve both been MK’d.
Karla went psycho though.  I became “multiple” (a better thing), cordoning off the ugliest stuff, leaving the rest of me, but only part of me, somewhat “normal.”

Splitting off, as a “multiple personality,” has made living a somewhat “normal” life, even a successful life in some modest ways, and often happy life possible.  And I’m grateful.

But I have to keep aiming for fuller consciousness; it seems the only responsible thing to do.  So I keep trying to remember and heal.

– I think my implants (typically thought of as “alien” or sometimes government), might also be associated with this.  And one of their purposes, besides GPS and other sorts of control and harassment, is to identify me as to ownership – like a ranch animal.

– Flashing back on Prepon’s character in Orange is the New Black, Alex Vausse – cold, hard, “seen it all,” willing to take pleasures where she can, willing to lie and seriously hurt her best friend and lover.

I might have alters who lie, but I don’t lie in my conscious life, except a few memorable times when it might have literally saved my life.

(Though some would say we all lie, all the time.  Great TedTalks video on lying here.)

The difference between psychopathic and multiple:  I have alters with behaviors for sex and killing locked away neatly (though they could be triggered on command, making the main part of me amnesic), whereas Karla has integrated the soul-deadened killer and liar into the whole of her.

I don’t think my killer alter can be triggered accidentally again, now that I’ve recognized her.  But she gives me some confidence, knowing she’s there and capable if ever needed.

Mind controllers, though, can trigger that alter, which is why I tell everyone about this, and why I’m trying to heal – or hoping to die if things don’t get better.

(I don’t want the responsibility of choosing, in this conscious state, to ever kill someone, or myself.  Too much appreciation for Life and the Mystery to destroy any of it – even though I talked about dying in January.  I still believe I have the right, and conditions could change, but I’m not aiming there now.)

– I think there have always been psychopaths on the planet, but they’re increasing to record numbers and power now, it seems – at least I feel their heavy presence in my life.

Pulling back from despair….

– If I have any purpose in life, it’s to document my experience, which documents the worst of humanity at the end of the era.  Feels important.  So I record….

– I think this entire Earth is the subject of a turf war between warring global or cosmic gangster factions, the highest class (Illuminati?) to the lowest, and who knows how many factions and sub-factions there might be.  It’s probably as complicated as global politics.  Actually, it’s a big part of global and national politics.  And maybe cosmic politics.  Taking slaves of various sorts.

– Different aspects of this System have been called mind control, ritual abuse, gang stalking, demonic, Satanic, sex slavery, CIA mind control, psychopathic, dark magick, human trafficking, Freemasonry, Mormonism, The Greek System, the Senate page scandal….and lots more.  (I might have wrongly included a few of the above, but maybe not.) 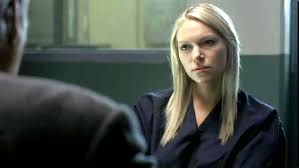 – Karla was clearly trained to endure violence in numbness.

– Her husband is also a psychopath, but has features of a “multiple personality” as I understand it — even though the movie never makes a point of that, and he does no dramatic switching of alters.  He’s charming in his social self, but he eventually is taken over by the desire to act out horrific sexual abuse on women, which he uses his adult intelligence to carry out, but when frustrated in any way, he reverts to behaviors that are what a six year old might do:  scream, abuse, and yell incessant profanity – and rarely cry – all while otherwise appearing and conversing as an (immature) adult.  And it’s clear to me that he was sexually brutalized around the age of six, much like many of us.  Some go psycho.  Some split.  I’m so glad I split.

– Subconsciously, they recognize each other as “also abused,” and that’s their attraction:  they are familiar to each other.

Plan to be seriously disturbed.  (Maybe don’t watch it, or wait till the right time.)

And a true story.

I grieve for the world….

May it be over soon.

Listen In, Join the Conversation!